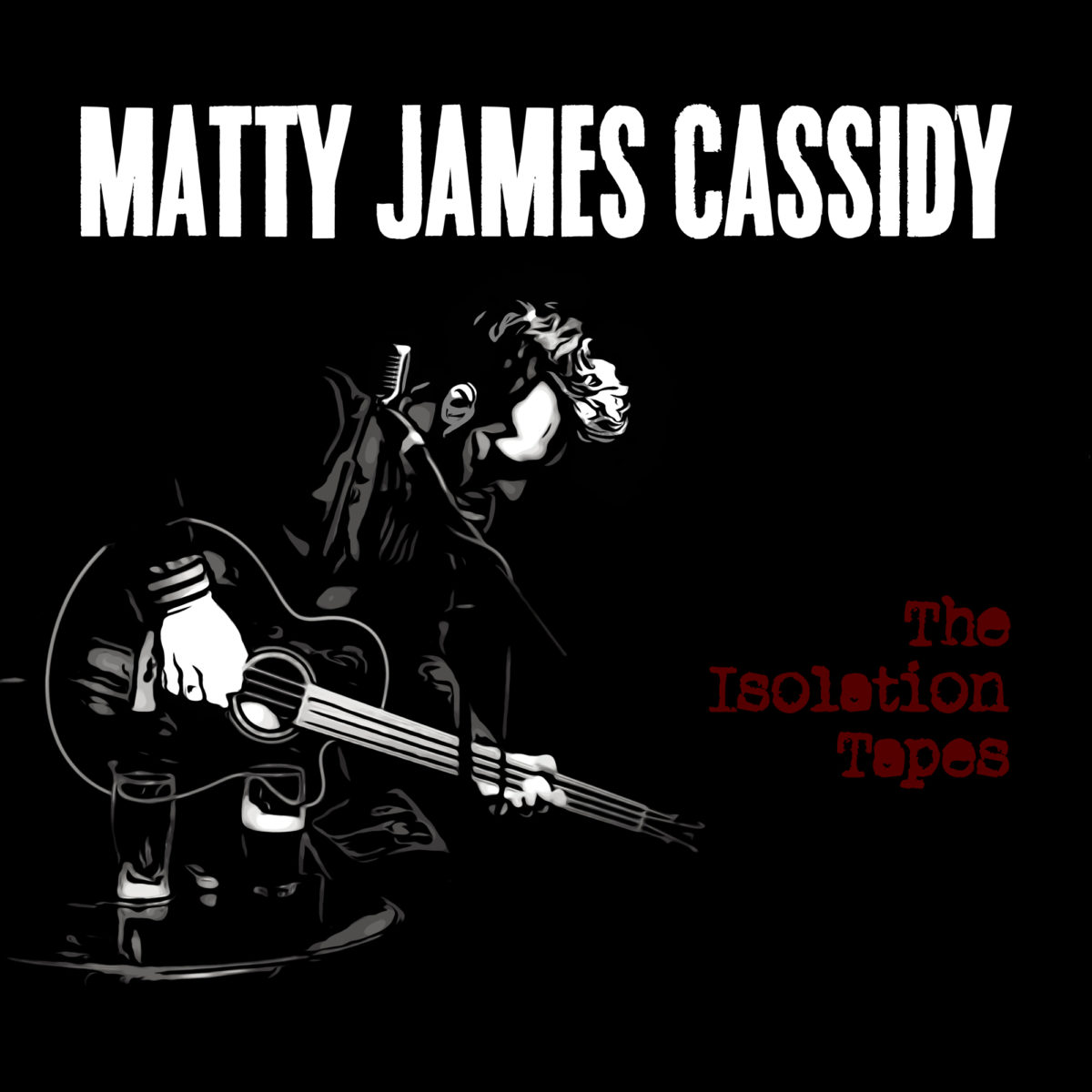 In the beginning of 2020 no-one could have foreseen what was waiting for us. The plague called COVID-19 changed our lives and forced us stay inside our homes. Some people could utilise this time. One of them is Matty James Cassidy, who has used this time for writing a whole acoustic album called The Isolation Tapes.

I might be a bit biased to review this newest release of Matty James Cassidy, a Northern-Irish singer-songwriter and multi-instrumentalist, as I am a big fan of his music. But then again, I guess most music critics (which I am not, as my knowledge of music is minuscule) love to write about stuff they appreciate.

I have listened to this acoustic album, The Isolation Tapes, a lot since the official release date, the 22nd of May. On that day Matty arranged so called Social Listening Party of the album. And what was that: participants started listening the album on his Bandcamp site, and then we could comment, ask questions and discuss about the songs through social media. That was fun. In fact the idea of writing something about the album was born during that listening experience.

cd cover small
The album’s cover image is based on a photography by Ian Ladlow.
Usually I have to listen a song several times until it unveils its secrets. So I didn’t expect too much. But after listening (and also commenting) the album, I had four song names written on a paper. Those songs were ‘Guilty Party’, ‘Say Nothing’, ‘No Town For Heroes’ and ‘Someone’. After listening the album several times after that, I could have added some other song names on that piece of paper.

Matty has mentioned that the third song, ‘Stop Cryin’ (It’s Only The End Of The World)’ was the first song he wrote on that week when all these new songs started flooding in. It’s a beautiful, slow ballad. I didn’t mark this song at a first pass, but the more I am listening to it, the more I have started liking it.

There is only one old, but re-recorded, song on the album. That is ‘Uncertain Times’, which was released in 2013 on the EP with the same name. It would have been a great alternative album name, but as it happens, it has been used already seven years ago. No wonder that Matty decided to include it on this album that was born in these uncertain times.

‘Say Nothing’, one of my four picks from the first round, is a beautiful song accompanied just with a guitar and harmonica. In ‘Lonely Kind’ you can hear a short lap steel guitar solo from Gary Pennick. Yes, Matty’s bandmate from Tyla’s Dogs D’Amour is on lead guitar on the album (and he is also singing the background vocals). Matty plays acoustic guitar and everything else you hear on the record. I have understood that the following song, ‘Top Of The Hill’, is the favourite song of both men.

The third song that I had marked was ‘No Town For Heroes’. I commented the song by saying that it might be my favourite one. And this is how it sounds:

The second last song on the album is ‘Someone’, which became one of my favourite tunes as well on that evening. This morning when I typed this review, I realized that I had it, or precisely its catchy, flowing chorus, in my head when I woke up. (The chorus of ‘Guilty Party’ has also made an appearance into my head…) Well, this is the chorus for ‘Someone’. I believe tha this would be a good sing-along thing at the gigs:

The last song is an extremely beautiful and wistful ‘No One Knows We’re Here’, which is absolutely perfect for Matty’s deep, soft voice. Such a beautiful song, with very limited accompaniment. It is a perfect closing song, in fact it’s the only possible song to close the album.

The Isolation Tapes is a beautiful record. I cannot pick a favourite song as you might tell according to the text I have written above. Matty James Cassidy is a very talented and creative musician, who has a capability to produce great songs apparently with no bigger effort. Remember, this album was not supposed to happen! He has been working on the next “proper” album. While waiting for it, I highly recommend purchasing this one.

And by the way, if I had to pick one song, only one song, it might be ‘No One Knows We’re Here’…

A bit info where to get the record after the picture.

Text and portrait of Matty © Katriina Etholén; excerpt from ‘Someone’ © Matty James Cassidy.

Songs on The Isolation Tapes:

The Isolation Tapes is available to download from Bandcamp and you can also pre-order the CD there.

Tales From The Brazier’s Grotto