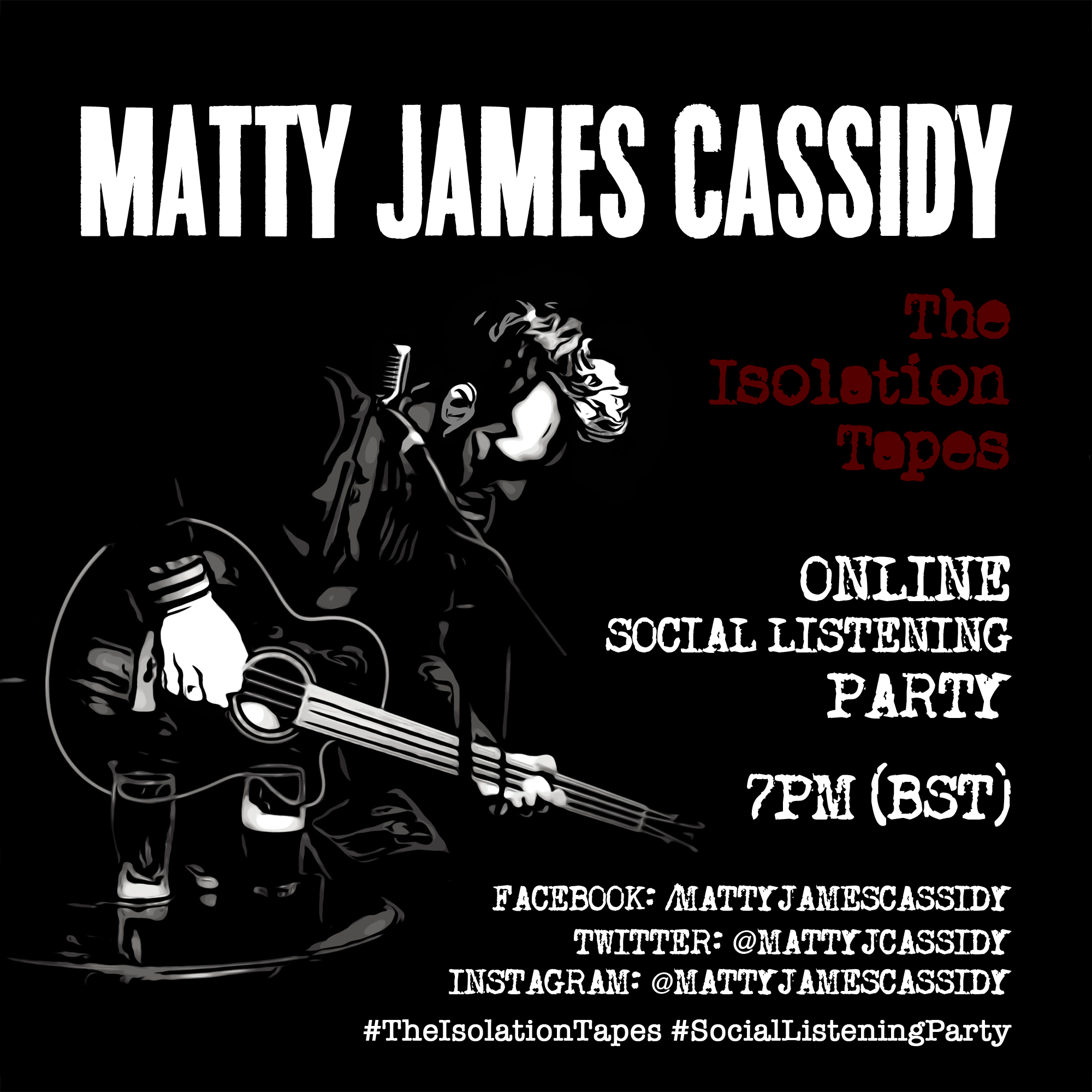 Just grab a drink, get settled in and hit play at 7pm (BST) on the dot. I’ll post this flyer on my Facebook, Twitter and Instagram just before and I’ll be on the comments/threads below to chat with you and discuss… well… whatever you like; first impressions of the songs, how we are all coping in a world gone mad… anything. You can ask questions, post photos, tell me what you think and help me pick a lead track to make a video for.

As we are all stuck in on a Friday night, we might as well do it together eh?

If you haven’t already, it’s the last chance to pre-order with the ‘pay what you like’ special offer only on Bandcamp.

Chat you in a bit… Cheers MJC x 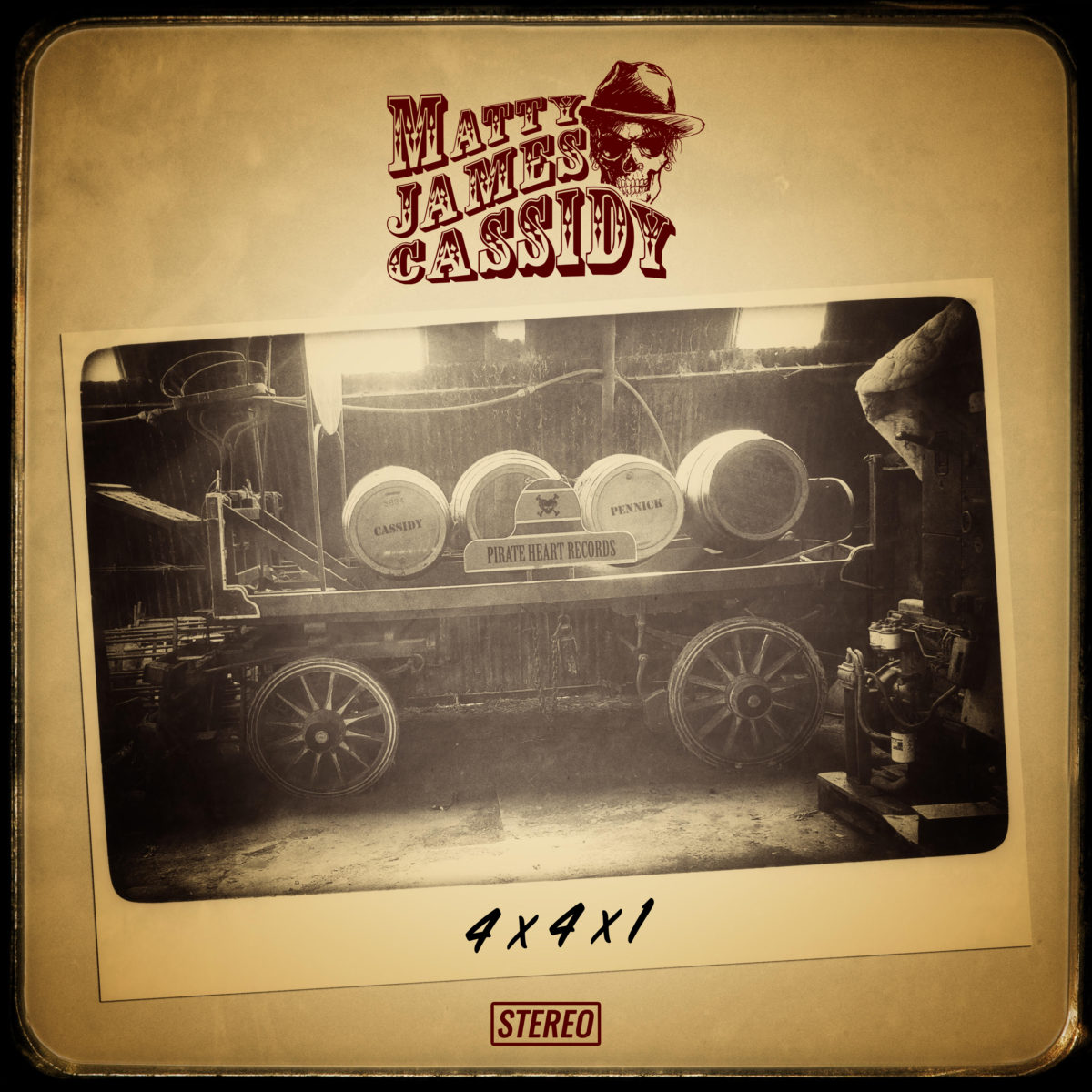 If you need something to cheer you up MATTY JAMES CASSIDY has just the thing in the shape of 4x4x1, an EP of country/blues/rock covers. He opens with George Jones’ ‘The Race Is On’ – it’s amazing how much fun misery can be, isn’t it? The misery continues with ‘Dear Doctor’ courtesy of Messrs. Jagger and Richards and a much less mannered version of the song. Ronnie Lane’s ‘How Come’ is a long-time favourite here at Folking Acres and Matty does it full justice before finally turning to Tom Waits and ‘Old Shoes (And Picture Postcards)’. No new ground has been broken here; no great insights expounded – it’s just bloody good singalong fun.

Hold on a cotton-picking minute! Matty James Cassidy has lassoed in a few of his bandmates to play on these four countrified blues numbers as the band rip it up on the barnyard ‘The Race Is On’ and capture the mood perfectly. Next up they twist the Stones ‘Dear Doctor’ into a much lighter beast and take ownership of this classic and do it justice. ‘How Come’ is a real belter and the arrangement is excellent and adds a much-needed chink o flight in these dark times. Everybody loves a bit of boogie woogie on the old joanna and some clean guitar breaks right? Yehaw!

To take this excellent EP home Matty goes for the acoustic ‘Old Shoes’ and an end must come which is a shame because this is a really excellent collection. Great stuff.

Interview with Matty James Cassidy
May 10, 2020 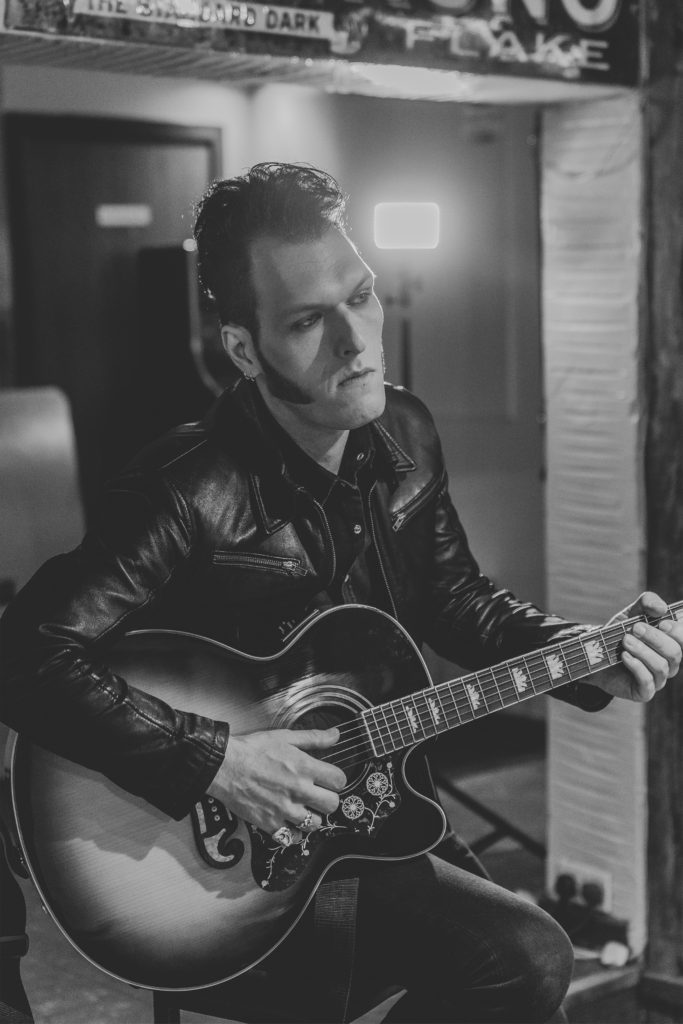 Where do you think your passion for music came from?

Hard to know, but I got the bug young and that was it. My parents always listened to a lot of music and my brother who plays in the band with me paved the way by learning guitar. That’s probably why I started out as a drummer, so we could start a band.

What is your method for coming up with new songs?

I usually get a notion for a song first. A melody, a chorus, a line, sometimes just a word will fall from the sky without warning and you have to stop and take note, then I carry it around for a while until one day I’m sitting with a guitar and the rest comes together. Usually quite quickly. I have a theory that the longer a song takes to write, the longer it takes the listener to get it, so I don’t struggle for it. The best ones come in a flash. If it isn’t working I forget about it, put it back in my pocket and keep it with me a while longer, sometimes years, until the time is right.

What are your plans going forward in 2020?

Well, I think most people’s plans for this year have been somewhat scuppered, but you have to roll with the punches. I have a new album to release once things settle down and we’re allowed to go out and gig it. In the meantime, I’ve a long list of other projects to get on with. First up is the acoustic record I’m making during the lockdown called ‘The Isolation Tapes’.

Who are your biggest influences?

All sorts really, but it always comes back to the greats, The Stones, Bob Dylan, Johnny Cash…

What is the one song you wish you had written?

Are there any bands/artists that you recommend that don’t get much attention?

There’s a band in Nashville called Blackfoot Gypsies I really like.

What is your opinion of crowdfunded music (Kickstarter, Patreon, etc.), are there any improvements that artists could make to use it better?

I used PledgeMusic a few times and it was great, until it wasn’t, but that’s another story. All independent bands are crowdfunded to an extent, even if it’s just funding their next album from merch sales or gigs. All we can do is try and keep it interesting and most importantly, deliver something special to those willing to support you.

If there is one thing you would like to achieve in your career, what would it be?

Just making a living as a musician is an achievement I’m very grateful for, but it’s all about the songs, if even one of mine happens to stand the test of time I’d be happy with that.

What would be the one piece of advice you would give to an aspiring musician?

Bring a book, you’re going to be here a while.

What is the best gig you have been to as a fan?

There’s been quite a few. Oasis was the first band I saw live when I was a kid. I got to see The Rolling Stones a couple of times on their last tour which was pretty special.

What are your biggest interests away from music?

Same as most really, books, films and a good drink.

What is the hardest thing you have had to overcome and how did you overcome it?

Learning to not take things too seriously and give myself a break, I’m still working on it but I certainly enjoy things more the longer I’ve been doing this.